iPhone 6 / Plus: Problem with gray line and display not responding to touch 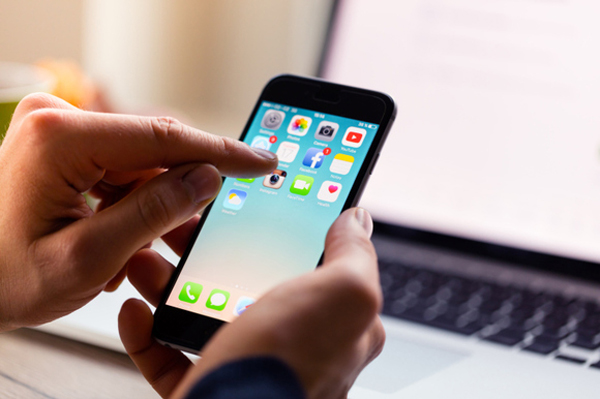 The number of iPhone 6 and iPhone 6 Plus devices with a display that does not respond seems to be dramatically increasing. According to the reports of the users in the Apple forum who have seen the problem on their iPhones, though the problem was existing since the early days of marketing these models.

The problem occurs on iPhone 6 and iPhone 6 Plus, where the top of the screen shows a gray horizontal line flickering while the screen stops responding to the user's touch.

At HK Computers we have already repaired many devices exhibiting the above problem, but now the question is published, as people said so many incidents that reach epidemic proportions.

Initially, users see a gray line flickering at the top of the screen. Turning the phone to another position or exerting any pressure on the screen, the gray bar may disappear. However, it is temporary because after a brief downturn, "disease" worse and the gray line spreading. The touch screen starts and "sticky" until it completely loses its functionality and stop responding to touch.

The problem seems to be a factory error and replacement of the touch screen does not help to solve the problem, as the gray line will appear in the new screen. This is because the problem is not the screen, but is found in touchscreen control chips (Touch IC chips) on the motherboard and this is an unexpected.

Both the iPhone 6 and the iPhone 6s, Touch IC chips are connected to the motherboard through a series of glued balls. Over time, as the phone bends or turns over, the bonded balls crack and begin to lose contact with the motherboard. In the beginning, there may not be any defect. But then you may notice that the screen sometimes does not respond, but quickly reverts to a hard reset. But as the crack deepens reaching complete separation of chip-motherboard connection, the periods that the touchscreen is not responding are becoming more common.

Apple has not officially recognized the problem and the only solution to fix a problem is to intervene in replacing the motherboard chips Touch IC. HK Computers found the repair solution of the problem once appeared, and we have already successfully repaired many customer's devices that had this problem.

If you have trouble on your device with the appearance of the gray horizontal line and the lack of response screen, HK Computers is the only electronics repair shops in South Africa that offer repair motherboard and succeed in tackling the problem.